To make UPI payments, you no longer need a smartphone or internet connection.

UPI (Unified Payment Interface) ‘123PAY’ service is a three-step approach for customers to initiate and execute services that will work on ordinary phones without internet connection.

Individuals will be able to make payments through UPI to feature phones as well as directly to others through this new mode of digital payment.

As of now, UPI payment is available only for smartphone users with internet access.

In recent years, especially after demonetisation, UPI has become one of the most popular modes of payment.

It is the largest retail payment system in the country in terms of transaction volume, suggesting widespread popularity.

According to Das, many of UPI’s capabilities are currently available only on smartphones, which prevents people from the lower strata of society, especially in rural areas, from using the popular service, despite the fact that smartphone prices have fallen. 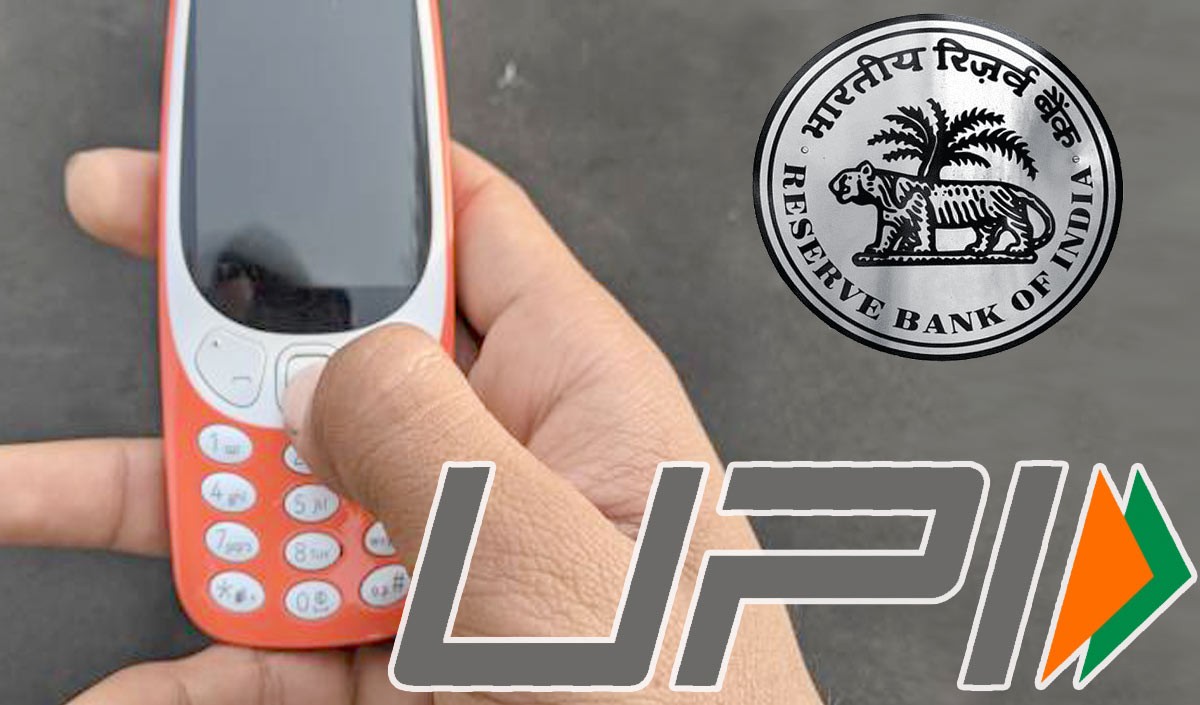 According to the RBI governor, many of UPI’s capabilities are currently available only on smartphones, which prevents people from the lower strata of the society, especially in rural areas, from using the popular service, despite the fact that smartphone prices are falling.

Also Read:  If you are worried about the exhaustion of the phone's battery, then follow this remedy

RBI Governor said that in FY22 so far UPI volumes have reached Rs.76 lakh crore, as compared to Rs 41 lakh crore in FY2011, and the day is not far when the total volume will reach Rs.100 lakh crore.

The number of feature phone users is expected to exceed 400 million.

According to Deputy Governor T Rabi Shankar, UPI services are currently available to such customers through USSD-based services, but they have been deemed inconvenient, and not all cell operators allow such services.

Users using feature phones will now be able to conduct a variety of transactions using one of four technology options.

According to the company, customers will be able to make payments to friends and family, pay utility bills, recharge the FASTag of their vehicles, pay mobile bills and check account balances.

Customers will also be able to link bank accounts and set or update UPI PIN.

The RBI governor also introduced a 24-hour helpline for digital payments, which was also set up by the National Payments Corporation of India (NPCI).

The ‘DigiSathi’ helpline will respond to all callers and users’ queries regarding digital payments through the website and chatbot.

Also Read:  iPhone logo of half apple at the back can be use as a button in the latest update of ios 14 know how to use

“India has a large mobile phone user base of over 118 crore mobile users (TRAI, October 2022), of which around 74 crore (Statista, July 2022) have smartphones, indicating that feature phones in the country There’s a huge number of users.” According to the central bank, users of feature phones have restricted access to innovative payment options.

For queries regarding digital payments and issues, users can visit www.digisaathi.info or contact their phones at 14431 and 1800 891 3333.