You must be familiar with the app based cab Ola (OLA).

But you know that there is a very exciting story behind starting this Ola.

Actually, this startup would have realized the need that Bhavish Aggarwal thought of 10 years ago today.

It is the result of his thinking that today we can come from Ola anywhere, anytime without being carefree.

Where everything is on one app, from payments to locations.

Years ago, when Bhavish Aggarwal and Ankit Bhati thought of Ola, leaving their job with a package of lakhs, the family used to make fun of him.

Today everyone is saluting, and this company is one of the companies worth crores.

Let’s know the success story behind it… 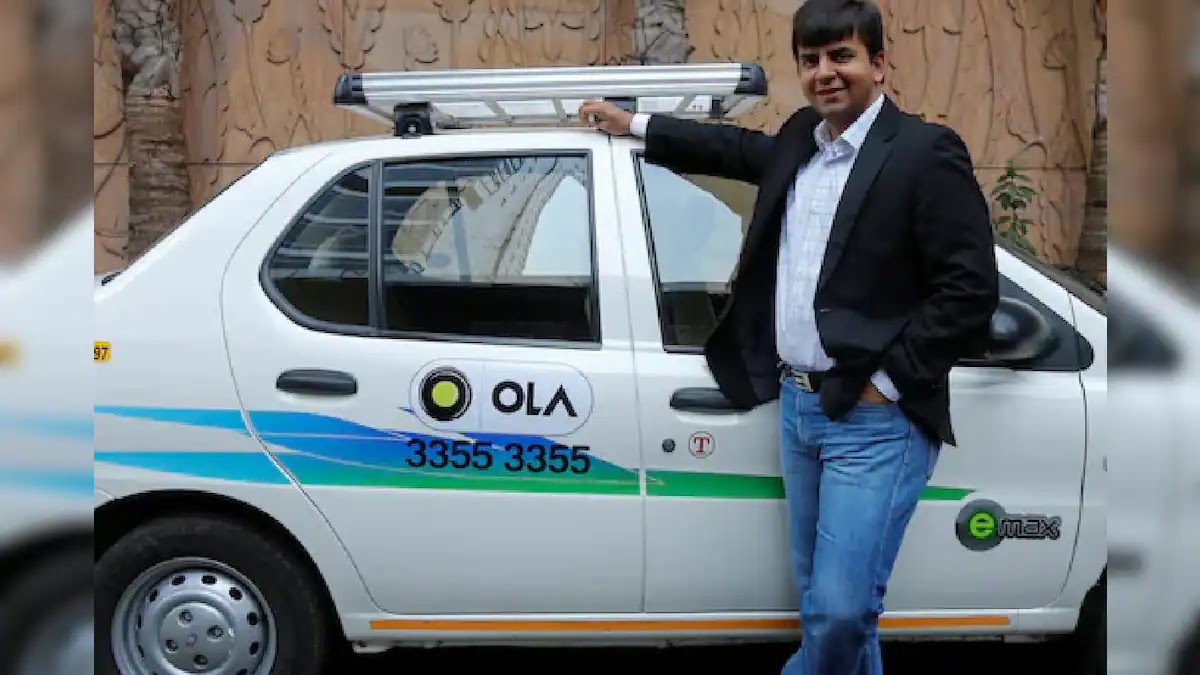 In 2007, two young students from the Indian Institute of Technology (IIT) Bombay, Bhavish Agarwal and Ankit Bhati, set out for Ratnagiri in coastal Maharashtra on a 335 km cycling tour from their campus in Powai.

He was fond of traveling.

Once, when he hired a car for a weekend trip from Bangalore to Bandipur, the driver stopped midway in Mysore and demanded more payment.

An unmoved Bhavish covered the rest of the distance by bus.

Also Read:  How to Create A Landing Page In WordPress?

Then he got the attention of this App Based Startup (OLA) and started working on it.

Ankit joined him and both formed Ola Cabs in 2011.

Even though Bhavish and Ankit have given up on their grand cycling tour, there is one journey that has been extremely successful for them- their business trip.

A word that sounds like the word ‘hello’ in Spanish.

Ola was first started by Bhavish as olatrips.com, a portal that helps in booking cars and hotels for outstation trips.

..and friendship changed to partnership
Bhavish had met Ankit on his first day at IIT.

Their rooms were next to each other and Ankit knocked on Bhavish’s door to introduce himself.

Passionate and enterprising, the young students dreamed of starting their own company together.

Bhavish recalls that he didn’t get paid for the first project he worked on, but instead what he achieved was priceless – experiences that made him learn about the fundamentals of real business and a lifelong friendship to treasure.

everyone made fun of it before

When Bhavish, working in Microsoft Research, quit his job and tried his hand at this work, his friends along with his family made fun of him and said that leaving the job and starting a business is a useless idea, but Bhavish wanted to become a self-made entrepreneur instead of doing a job.

Also Read:  How To Read and Write NTFS Drives on Mac

Bhavish says when I started my parents were thinking that I am going to become a travel agent.

It was very difficult to convince them, but when Ola Cabs got the first funding, they believed in my startup.

Let us tell you that today Ola has made its place in many cities.

The company is doing business in thousands of crores.