Have a look at your Windows photo gallery. If you have been storing photos on your Windows PC for a long time, sure you have duplicate photos. After all, the photographer in us is hardly satisfied with just one photo – We take several shots just to zero down on that one perfect photo and post that, dump the rest of the shots on our PC for later reference.

Now, actions like these don’t just put in front of us exact duplicates but even similar-looking photos as well. For example, you may have taken a photo in which you mistakenly put your thumb in front of the lens, to get rid of this blemish, you took a similar photo whilst taking into account a few minute details as well.

In the process of obtaining that “perfect photo”, you indeed have several duplicate photos, some of which are not even required. And, these are the ones that take up your precious hard disk space. In this post, we will have a look at some strategies using which you will be able to safely manage duplicate photos and remove the right duplicates, immaterial of whether they are exact or similar duplicates.

The intent of these strategies on how to sort and manage duplicate photos on Windows is not to make you spend a lifetime on identifying duplicates and deleting them, but, to make you go through a fun and accurate process that will help you manage and delete duplicates quickly and at the same time prevent you from deleting the wrong ones –

1. Delete Duplicates From The Original Device

It might not be possible for you to go through each image whilst you are clicking photos. Having said that, if you come across a duplicate that you are sure you don’t need, then immediately delete it then and there, and don’t procrastinate at that. Even if you are able to remove a handful of duplicates, you may have less labor cutout for you.

Now, that you have somewhat sorted duplicate photos on your smartphone or camera, time to transfer the photos to your computer.

2. Transfer And Remove Photos From Your Original Device

This will make sure that first, your smartphone will feel lighter, and second, the next time when you will conduct a transfer, the same photos will not make their way into your computer. The lesser the number of photos, the lesser the chances of deleting the wrong duplicates.

3. Sort Photos Into Folders and Subfolders

First and foremost, keep a separate folder for the photos on which you perform edits or remove duplicates. Next, after you have transferred the photos

Also Read:  How to Turn Off Read Receipts on Instagram

You could create folders based on the type of photos you have captured. For example – photos pertaining to hill station trips can go to a folder of the same name and the same can be applied to photos of vintage car exhibitions.

2. Keep Your Original Photos and The One’s Edited Separate

Before we justify this subheading, let’s begin by throwing light on something we have already mentioned – “the right duplicates”. Wait! But aren’t all duplicates to be removed? And, what are “right duplicates”?

Most photo management software like Adobe Lightroom let you make changes to an original photo while keeping the original photo separate. Both the photos i.e. the original photo and the photo on which edits are performed have the same name. Now, imagine you were to make separate changes to your original image. You actually did make the changes. But, ended up mistakenly deleting the version that you had to show to your boss.

How do you save yourself from such a situation?

You can save yourself from doing that by renaming the original version and further creating separate folders for original photos and for those on which edits have been performed. Trust us – this is a bit of hard work but it will save you from making blunders.

Also Read:  How Long Does It Take To Make Money Blogging

It is always good to keep a backup of the right duplicates. This way, if need be, you can refer to them in the future. But it is advisable that you use something like an external hard drive to take a backup or a separate cloud storage medium and not a drive on your computer to do that.

How To Use Duplicate Photos Fixer Pro To Manage Duplicates –

2. Add the folder that has duplicates and then scan for duplicates. You can even choose to drag and drop folders or photos as well. 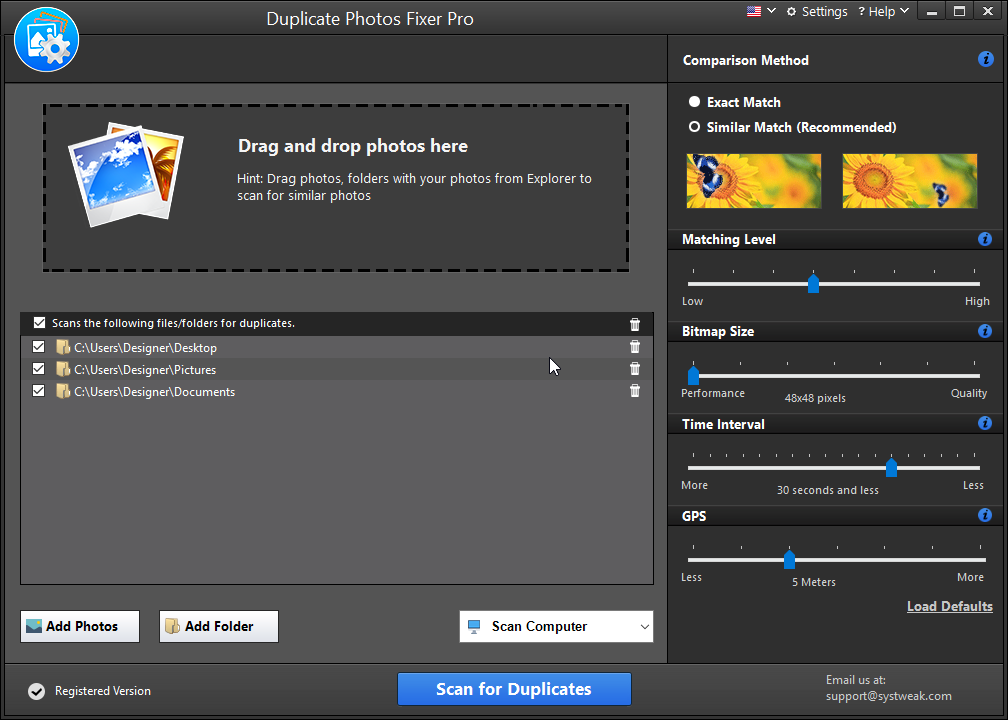 4. All duplicates are arranged in groups which makes it further easier to select the right duplicates. It also makes it easy to preview the images as well as their metadata. 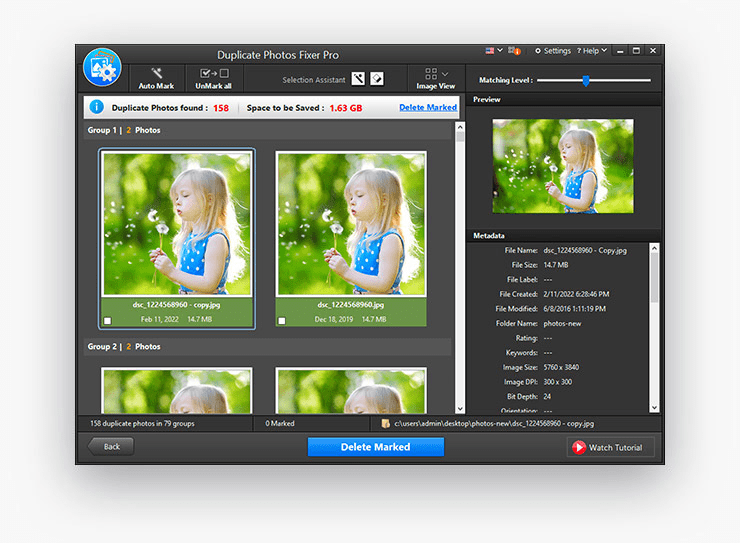 If you found this post on how to organize photos and remove duplicates useful, do let us know in the comments section below and also share it with your friends or colleagues who juggle photos daily.